Leadership explained from the greatest cricketer

over 9 years ago | Prasoon Sharma: Enterprise Software Doesn't Have to Suck

Rahul Dravid said this at the Bradman Oration. It stuck with me...One of the things, Bradman said has stayed in my mind. That the finest of athletes had, along with skill, a few more essential qualities: to conduct their life with dignity, with integrity, with courage and modesty. All this he believed, were totally compatible with pride, ambition, determination and competitiveness.

over 9 years ago | Prasoon Sharma: Enterprise Software Doesn't Have to Suck

Many of my friends and family members ask me how I continue to follow Indian cricket when we are doing so bad (whitewash in Test Cricket in England in late 2011 and now in Australia (well almost there))... 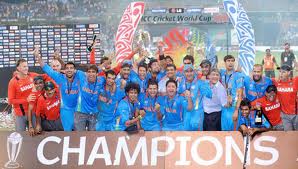 My answer is that there are ups and downs in sports and my love for the team and the sport isn't based on convenience, it isn't based on my team doing well all the time. Sometimes we do well (hey, we just won the World Cup 9 months ago and were #1 Test team just a few months ago) and sometimes we don't (pathetic test cricket performance recently). 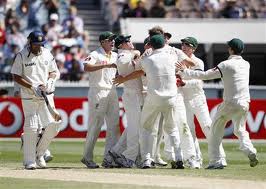 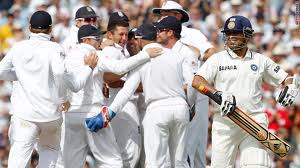 I’ve created a Chrome Extension for tiddlybookmarks. It’s not in the Chrome Web Store yet so you’ll have to install it manually, but you can find it at chrome-extension.crx if you want it. via TiddlySpace [source]

If You Thought SOPA Was Bad, Just Wait Until You Meet ACTA - Forbes

When sites like Wikipedia and Reddit banded together for a major blackout January 18th, the impact was felt all the way to Washington D.C. The blackout had lawmakers running from the controversial anti-piracy legislation, SOPA and PIPA, which critics said threatened freedom of speech online.Unfortunately for free-speech advocates, censorship is still a serious threat.Few people have heard of ACTA, or the Anti-Counterfeiting Trade Agreement, but the provisions in the agreement are just as pernicious as anything we saw in SOPA. Worse, the agreement spans virtually all of the countries in the developed world, including all of the EU, the United States, Switzerland and Japan.If You Thought SOPA Was Bad, Just Wait Until You Meet ACTA - Forbes via TiddlySpace [source]

Tip of the day

On my current project I had to calculate date of Wednesday in nth week in mth year.Here is the trick:date-extension

Tip of the day

On my current project I had to calculate date of Wednesday in nth week in mth year.Here is the trick:date-extension

Recently in my latest project I was asked to build a world map where a user could select different countries for which we have certain data of and visualize that data. I tried every single mapping/charting tool I could find. This is a compendium that compares each one of the tools I went through and […]

A Calendar Widget with no Dependencies

I needed recently some calendar widget, which could not depend on any Javascript library, for size and load reasons. At that time, I was thinking to create one, due to not being able to find any which fullfilled my needs. In the end, I used a simple dropdown. But now we have Kalendae. Let me show you a few examples of how it should be used.

Invalid gemspec in” and “Illformed requirement”

over 9 years ago | Amit Kumar: RubyizednRailified

If you have to solve the problem:

Invalid gemspec in” and 'Illformed requirement'

If you have to solve the problem:

Humans are, well, human. The best way to avoid privacy breaches is not to formulate a detailed privacy policy; it’s to reduce your capabilities so that you’re unable to violate anyone’s privacy. To toss a metaphorical steering wheel out the window, in other words.Playing chicken with cat.jpgThe quote is basically the tl;dr. Makes a lot of sense though via TiddlySpace [source]

over 9 years ago | Lalatendu Das: Interpretations of technorealism

Who is an entrepreneur?In the mid 1980’s, Harvard Business School professor Howard Stevenson defined Entrepreneurship as “the pursuit of opportunity without regard to resources currently controlled”. Theoretically anybody who demonstrates the aforesaid behavior can be an Entrepreneur.What it takes to be an entrepreneur?Unfortunately for many, being an entrepreneur is an end state and it requires harsh trade-offs. Some leave stable jobs to chase that one Big idea. Others start by putting together a business plan backed by a detailed market research. Even some start by searching for the right angel investor. Often times, the very entrepreneurial spirit perishes in the complexities it entails.Is it really that arduous to be an entrepreneur?Not if we treat entrepreneurship as a journey, a collection of contiguous decision points and apply our entrepreneurial spirit at each of those. John Burgstone in his book, ‘Breakthrough Entrepreneurship” writes “Every time you want to make any important decision, there are two possible courses of action. You can look at the array of choices that present themselves, pick the best available option and try to make it fit. Or, you can do what the true entrepreneur does: Figure out the best conceivable option and then make it available.”So the right question would be “did I act like an entrepreneur” today? Yesterday? Everyday? If answer is consistently yes, you are an habitual entrepreneur.

Combining security and flexibility is a difficult task. This is just one tiny corner of the problem that I’ve experienced in depth, in an effort to make TileMill’s interactivity language more secure.At the start of the day we had a problem: maps have an idea of ‘formatters’ similar to CouchDB views, which are Javascript. And while the vast majority of formatters are generated by friendly tools like TileMill to take objects and return formatted strings, the technical definition of a formatter was extremely broad: it was any Javascript.This was a problem: any Javascript means evil Javascript, and, like any other company that provides embeds, like YouTube or Disqus, we don’t want to be a vector.JS Security With Untrusted Code - macwright.orgThis sounds familiar. I came to pretty much the same conclusions with TiddlySpace. The only difference being that TiddlyWiki markup is powerful enough on its own to not really require Mustache. via TiddlySpace [source]

The recently unveiled series of smart TVs (most notably by Samsung) will turn into the Windows Mobile/Symbian of the TV world. via TiddlySpace [source]

Sublime Text 2: 5 Plugins You Really Should Be Using

over 9 years ago | Joe Pettersson: JoePettersson.com

Sublime Text 2 has become mine, and many other people’s, editor of choice. Bringing features like multiple cursors and Vim bindings to a modern, good looking, lightweight and cross-platform editor. It rocks. Especially the plugins. One of the things that really excites people about the app is the plugin eco-system (and support for Text Mate […]

parislemon • Why I Hate Android

To complicate matters further, behind the scenes, Verizon and Google were arguing over Net Neutrality rules. Verizon was opposed, Google was in favor. Then a funny thing happened. Google started supporting Verizon’s viewpoint on the matter! If you’re looking for the first post where I’m really, truly, pissed off at Google, look no further. parislemon • Why I Hate AndroidSounds about right. via TiddlySpace [source]

I along with my family went to Kashmir tour in the last week of December 2011. The nature beauty truly mesmerized our minds. Sharing some snaps of the paradise on the earth. 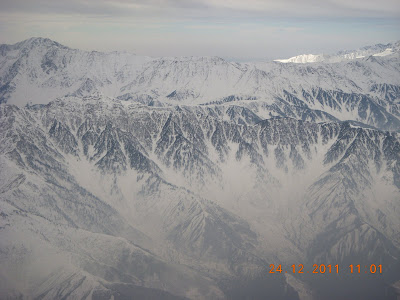 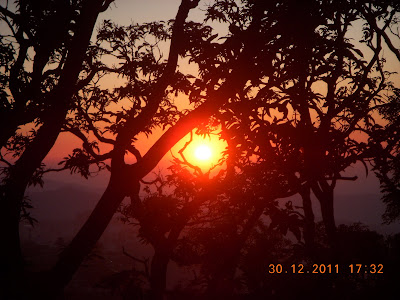 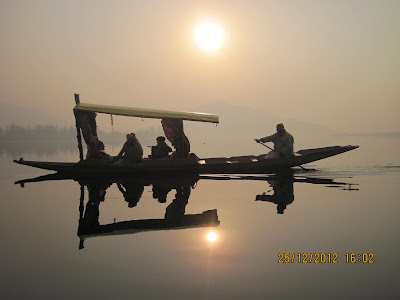 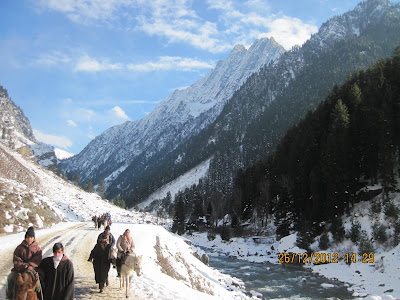 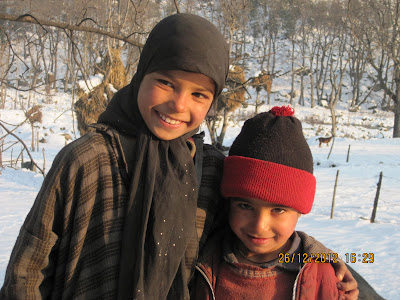 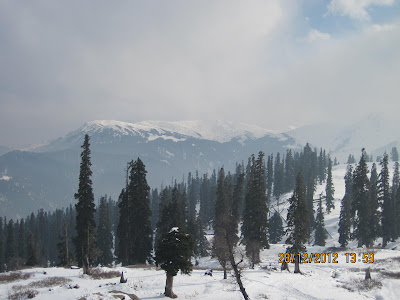 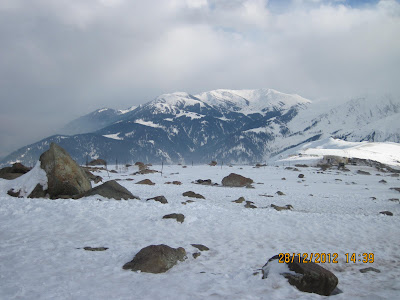 I’ve been working on interfacing with an LDAP server recently with the aim of doing lookups for full names and, since the install/getting started process was overly long/tedious, I thought I’d document what I did.Installing OpenLDAP (or: getting depencies)So the first thing I did was to type:$ sudo pip install -U python-ldap into my terminal. It turns out though that the version of OpenLDAP installed by default is too old for python-ldap (no surprises there then). This obviously means that you need to install OpenLDAP manually. In Oracle Enterprise Linux (at least, the version we’re using), it turns out that this requires the latest BerekelyDB as well.So, head on over to the download page (it’s an Oracle one so you need to sign up for an account before you can download anything and pick the version that most closely matches “Berkeley DB 5.3.15.NC.tar.gz without encryption (34M)” (the version number may have changed by the time you read this).Download it and put it somewhere sensible on your machine. Then run:$ tar -xvzf db-version.NC.tar.gz $ cd db-version/build_unix $ ../dist/configure $ make $ make install Then, download the latest OpenLDAP package and put it somewhere sensible. Then run:$ tar -xvzf openldap-version.tgz $ cd openldap-version We then need to ensure that configure can see our BerkeleyDB install by referencing the appropriate libraries and include directories. For me, I had to type out the following:$ env CPPFLAGS=-I/usr/BerkeleyDB.5.3/include LDFLAGS=-L/usr/local/BerkeleyDB.5.3/lib ./configure Assuming this goes ok, type:$ make depend $ make $ make install Installing Python-LDAPWe then need to download python-ldap and tweak the setup.cfg file to point it at our new OpenLDAP install. So type:$ pip install -U --no-install python-ldap $ cd build/python-ldap $ vim setup.cfg and change the library_dirs and include_dirs lines to point to the correct locations. For me, this was:library_dirs = /usr/local/lib include_dirs = /usr/local/include /usr/include/sasl Then type:$ sudo pip install -U . Finally, check it works by doing:$ python >>> import ldap >>> If you don’t get any errors, it should have worked.Using Python-LDAPThe next step is to connect and use it. Connecting is a 2-stage process. First, initialize the connection, then bind to it. My LDAP service doesn’t bother with SSL/TLS/etc, so for me, I type something like:>>> import ldap >>> con = ldap.initialize('ldap://host:port') >>> con.simple_bind_s('cn=username,o=(this will be provided by your ldap provider)', 'password') You can then perform searches with:>>> con.search_s(search base, ldap.SCOPE_SUBTREE, 'attr=value_to_search_for', [attrs, to, get, back]) That’s it.ReferencesThe following tabs are still open in my browser, and reference at least a part of the process: http://bit.ly/AaW1BW (This is the most useful site) http://bit.ly/xM9o2H http://bit.ly/zvQane http://bit.ly/Ac8DIc http://bit.ly/xzkFDK http://bit.ly/zOLZWv http://bit.ly/xgzXvc http://bit.ly/xyO4zp via TiddlySpace [source]

Welcome to tiddlybookmarks. A TiddlyWiki for saving and finding all your favourite bookmarks. It can also fill the void left by delicious. It’s free and it comes with a nice little rest api (see api choices)tiddlybookmarks - a TiddlySpaceI’ve just updated the Bookmarklet with some new features (Indeed, I’m writing this directly from it). You can now: Link in the old way Quote something (your tiddler will look something like this) Create a full post (for quick blogging) Save images (well, links to images at least via TiddlySpace [http://bit.ly/yAd6ET]

This space illustrates an autocomplete mode for linking to tiddlers in wikitext.It’s currently somewhat incomplete, though the basic autocomplete mode works well enough to illustrate the concept.It uses CodeMirror to provide a sensible text area that is able to keep track of cursor/line/etc positions and text input more precisely.See autolink for the demo, and main.js for the code.pmario — There was an issue with keyCode vs. charCode, which should now be fixed. Thanks. via TiddlySpace [http://bit.ly/w8qdaL]

Never Keep the Front in the Front

I have read an article a few days back, which states that PHP developers should work with frontend developers, how they should help them.